During the Renaissance the lute was regarded as the “Queen of Instruments” with the viola da gamba as a close relation. Organologists put stringed instruments such as the gamba in the same category as the lute family.

The Spanish variant of the lute, a straight-sided, guitar-like instrument, is known as the Vihuela de mano - or viola da mano in Italian. This meant an instrument of the viola family to be played by hand, plucking the strings with the fingers. In addition, there was the Vihuela de penola (a viola played with a plectrum) and the Vihuela de arco, which was played with a bow and held with the legs, as suggested by its name: Viola da Gamba. The only difference between the instruments is the manner in which the musician played on the strings.

The relationship between the lute and gamba is demonstrated chiefly in the way their characteristic tonal qualities complement each other, which with the right bowing technique can produce a magical blend of instrumental colours. The interwoven melodic voices take on a distinctive sound that will enchant any sensitive listener.

Many are the paintings depicting lovers expressing their feelings through the lute and viola da gamba and appearing to float together in a sphere of romantic timelessness.

John Dowland, the famous English lutenist and composer, favoured the combination of lute and viola da gamba in his chamber-music works, and used consorts of up to five (!) gambas together with the lute to express “deeply felt” emotions.

The popularity of the lute and viola da gamba was so great that they held a position of high status in the courts of Europe. The soloists playing these instruments were highly regarded and handsomely rewarded.

Alchemists and men of learning also favoured the congenial sounds of the lute and viola da gamba. Such music was thought to engender tranquillity and clear the mind after excessive mental strain.

I think these harmonizing and calming influences can still be beneficial today as an antidote to our cerebral lifestyle (desk- and computer-work, television, mobile phones, etc., non-stop use of electronic devices, increasing preoccupation with operating instructions, forms, passwords, etc …). 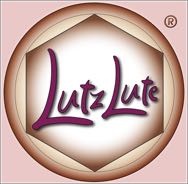